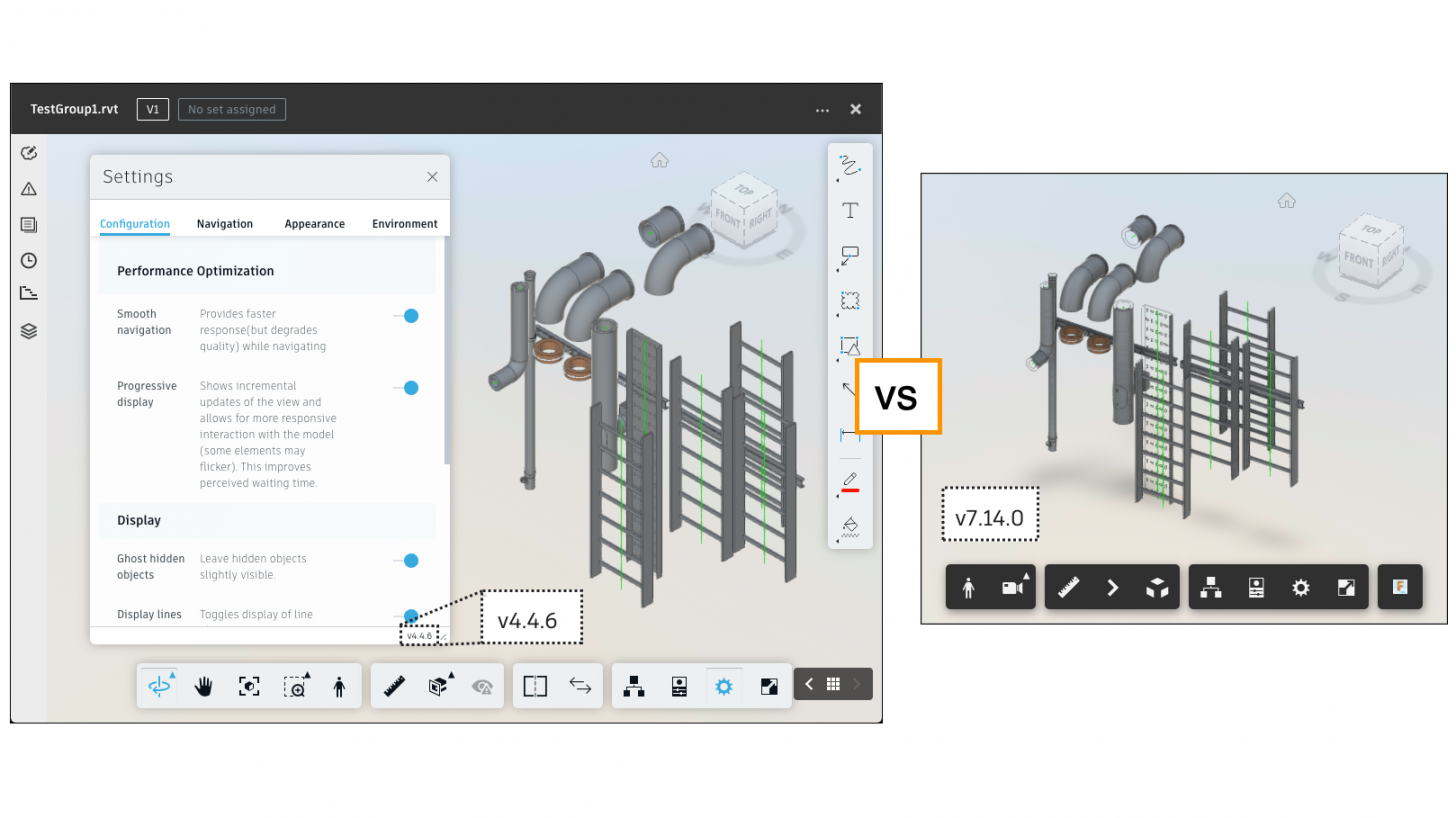 Many apps are using the Forge Viewer, including Fusion Team, BIM 360 Docs and 3rd party apps.

In case of certain models, there can be clear differences in the way the model is presented in BIM 360 Viewer vs. in other apps using Forge Viewer - see picture on top where some materials are transparent in the plain Forge Viewer.

The BIM 360 Viewer is based on the Forge Viewer and it provides some BIM related functionalities on top of that, but everything else, including rendering, is the same.
Visual differences may be caused by differences in Viewer settings (can also be driven by profiles) and the additional extensions loaded.

Cut planes may change the look of some materials (makes them opaque), and that's one of the things that 'Autodesk.AEC.LevelsExtension' loaded by BIM 360 Viewer creates.
This is just one example how the visualization might be different in BIM 360 Viewer and Forge Viewer - see picture on top.
By simply loading that extension into your own app, you will get the same visual representation of the model as in BIM 360 Viewer.

Many people might have existing Inventor add-ins that they plan to migrate to Design Automation API for Inventor. Instead of trying to modify your existing add-in's code to use InventorServ...

In case of AppBundles for Design Automation API for Inventor there are two entry points depending on the arguments in the commandLine parameter of the Activity that is using the AppBundle. ...

The commandLine property of an Activity specifies what executable should be run on the Design Automation server and what arguments should be passed to it. It tends to include the headless s...